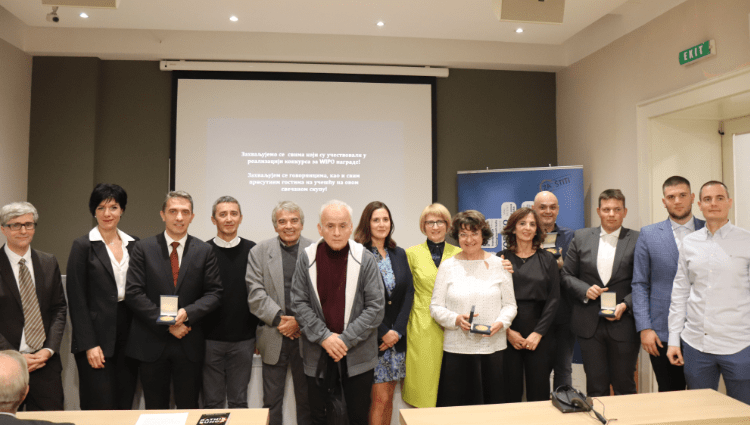 The event took place in the hybrid format, and the recording can be seen at the following link.

The attendees were addressed by Vladimir Marić, Director of the Intellectual Property Office who paid special attention in his speech to the young: “Every society that cares for its own progress must not neglect its own most creative sons and daughters, but it must create conditions for them to stay in their country and place their creativity in the service of their own people. Intellectual property, among other things, plays important part in all that. Well modelled system of intellectual property protection  and its consistent and honest implementation, shall guarantee to the young people that they shall be rewarded and protected with regard to their creativity. That is what the state can do for the young people”.

Dušan Vučković, Asst. Minister of Economy, Sector for Business Companies and Economic Registers, among other things, said: “This year, representatives of the Ministry of Economy, together with the experts from the Intellectual Property Office, representatives of the organizations for the collective administration of copyright and related rights, users of copyright and legal representatives and experts in the field of intellectual property right, worked on the elaboration of the new Law on Copyright and Related Rights, which shall be soon found at the public hearing. The Ministry of Economy pays special attention to this important Law, which regulates a whole specter of the most complex relationships between creators – authors and holders of copyright on one side, and users of copyright works and subject matter of related rights on the other side. European Commission, in its latest report, praised the progress of Serbia in this domain.”

Aleksandra Popović, Director of the project “Serbia Innovates”, supported by the USAID, represented project, intended for the strengthening of economy of Serbia through connection, stimulation and use of the innovation potential. “ Our aim is the strengthening of knowledge based economy, or economy based on technological innovations. Innovations imply the presence of intellectual property protection, in particular, patent protection. Therefore, it is very important for us, while using this project, to raise awareness among all our participants dealing with the innovation ecosystem, and the importance of this issue.”

Award WIPO Medal for Inventors, in the category for inventors or group of inventors for patent which is valid and has particular industrial implementation and proved success on the market, was received by Dušanka Roglić, graduated mechanical engineer, owner and Director of the company Korali Ltd, that employs about eighty workers, because she commercialized on the market of the region two of her own domestic patents for the inventions for subterranean containers for ecological and safe removal of waste. It concerns patent securing easier manipulation, better hygienic conditions. minimal contact of user and container, long time of duration, economic durability, nice external appearance, while fulfilling international standards for the devices of this kind and in particular for the improving  of quality of life and the environmental protection.

Dušanka Roglić stated after the receipt of the award: “These patents mean a lot to me, having in mind that they shall be around to be used for a longer period of time, with the priority of environmental protection and there is potential for my factory to work for the  domestic market, but now, even more, for the foreign markets. I understand the award presented to me as the most mature fruit of long endeavors of creation, paying great tribute to my family and employees, and our cooperators and all the users of the subterranean containers made by factory Korali Ltd. from Kraljevo.”

Award WIPO IP Enterprise Medal, in category for the domestic legal person or domestic entrepreneur for the economic implementation of industrial property, was received by Dejan Dramićanin, director of the company “Bitgear Wireless Design Services Ltd “ from Zemun. This company, in the period 2018 – 2022 registered and industrially implemented two domestic industrial designs, one international industrial design and one international trademark, while the industrial implementation of alarm device and sensor, protected by industrial designs, directly and indirectly contributed to the increase of export, increase of energy efficiency and protection of natural environment. Alarm device has broad implementation in the protection of precious infrastructure, placed at different, often far removed locations, and it enables optimization of the surveillance process, resource saving, that is needed for the reaction in the field, as well as the improving of energy efficiency.

Dejan Dramićanin said about the work of the company and this award: ”We deal with innovations and that is our primary activity. We have already protected certain innovations with patents, so we understand the importance of intellectual property. This award is important to us because it confirms that it is a matter of great importance to keep intellectual property in Serbia”.

Award WIPO Medal for Creativity, in the category of authors for the monograph/study exhibition with the catalogue in the domain of social humanistic sciences, was received by Živojin Petrović, founder of educational and non-profit TV Station Serbian Scientific Television, for the book “Warrior of the Sun”, dedicated to the professor Branislav Branko Lalović, PhD (1929-1988), protagonist of the fighting for solar energy, who was the visionary to sense the energy crisis that we are facing today. He, as a nuclear physicist of the Vinča Institute, started back in the seventies of the last century the explorations about the technological implementation of solar energy, and became one of the pioneers of the research in the domain of the alternative sources of energy, which enabled the Serbian science to reach the very World top of innovations in this field.

Živojin Petrović said about Lalović:  “In the seventies of the  last year, professor Lalović noticed and stated that the world energy crisis shall attack our planet. He turns to the alternative sources of energy, as a pioneer in Yugoslavia. He then begins his study that will leave the deepest trace in science – he studied and looked for the best way to transform the solar energy into heat or electric energy. Professor Lalović was the first in the world to use amorphous silica, then a new material on the basis of aluminum, and in the eighties he made solar cell which nowhere in the world had such outstanding characteristics.”

Award WIPO Schoolchildren `s Medal, in the category of pupils or group of pupils of secondary school for the invention, was received by Nikola Teomirović and Miodrag Milanović, pupils of the 4th grade  of the School for Electrical Engineering ”Nikola Tesla” in Belgrade with their mentor teacher of practical engineering Milan Stanojčić for the invention bearing a title: “ Ecological antiviral bee hive”. This invention refers to the energetically independent device, fueled through the solar panel, for the autonomous removal of the bee tick destroying 45% of bee community by the ecological substance – ant acid, without leaving residues in the honey. The authors of the invention contributed to the discovery of the ecological and energetically efficient solution, in the domain of bee keeping, whose implementation would reduce the price of bee products, which would make them generally more accessible to a larger number of people.

Nikola Teomirović said about his engagement in bee keeping and the awarded invention: “ My love of bee keeping started back from the family tradition. In the last seventy years, with lesser interruptions, my family deals with this branch of agriculture. My love for bee keeping results in this product. We have a wish that, in the next couple of years, we have in our homes a pot of organic honey, produced by a Serbian bee keeper with the help of our device. In order to achieve that, we must raise awareness of our citizens with regard to ecology and organic products.”

In cooperation with the World Intellectual Property Organization, an award has been presented also for the Serbian legal person with the highest intensity of use of the international system of registration of trademarks in 2022 – award WIPO Users` Medal. The basic activity of the company “ADOC LTD. Belgrade” founded in 1990, is production, import and sales of pharmaceutical products. Apart from the wholesales sector, the producer is also the holder of license for marketing of carefully selected high quality medicaments, medical devices and supplements. 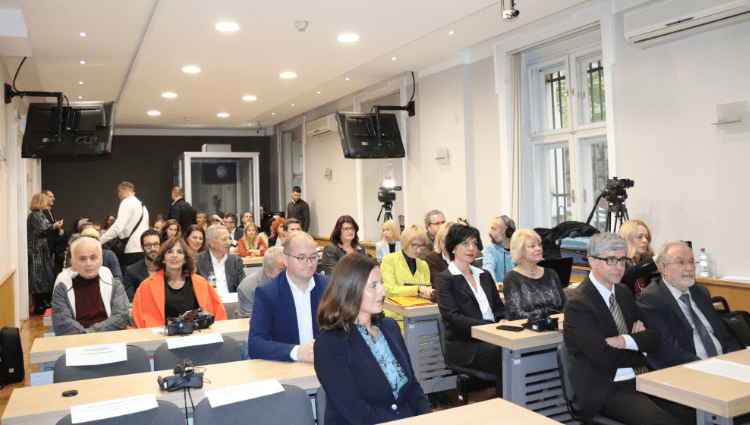 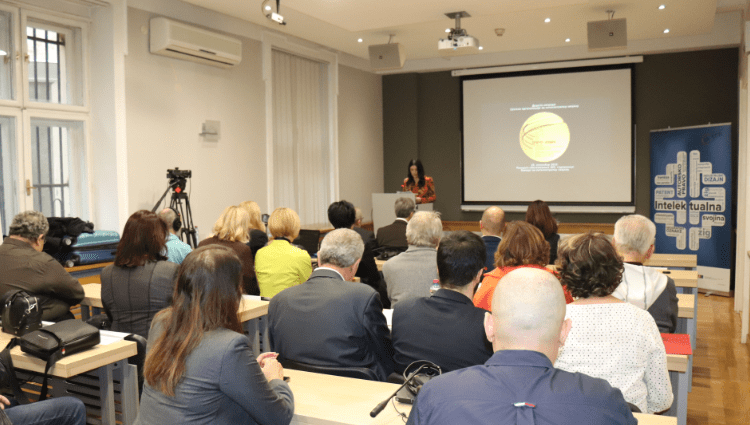 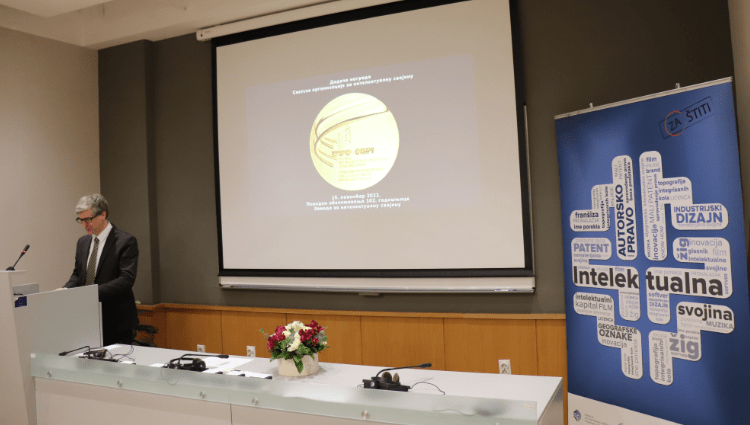 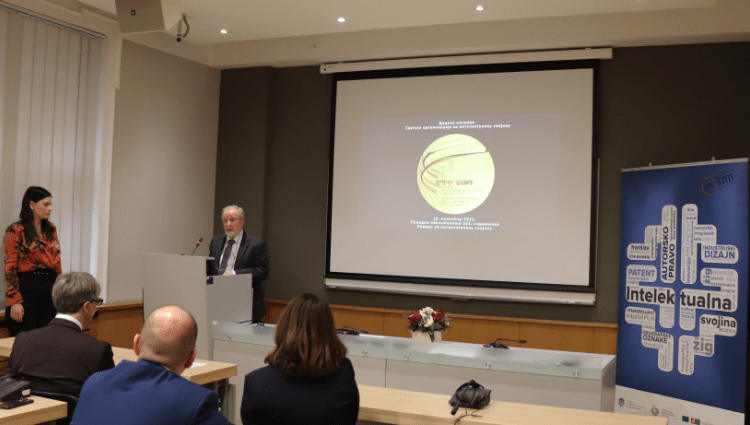 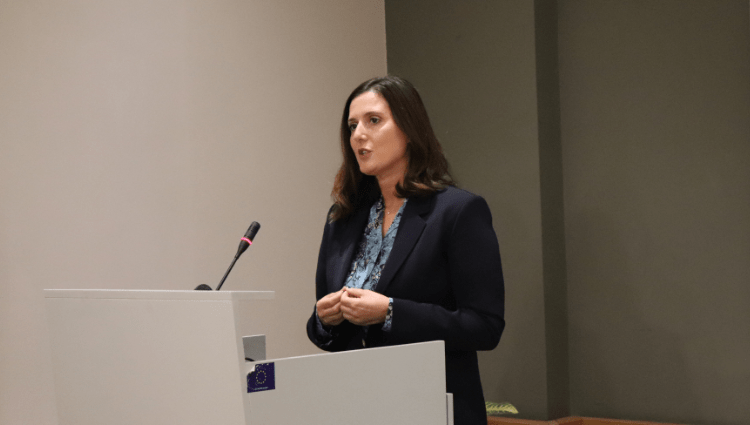 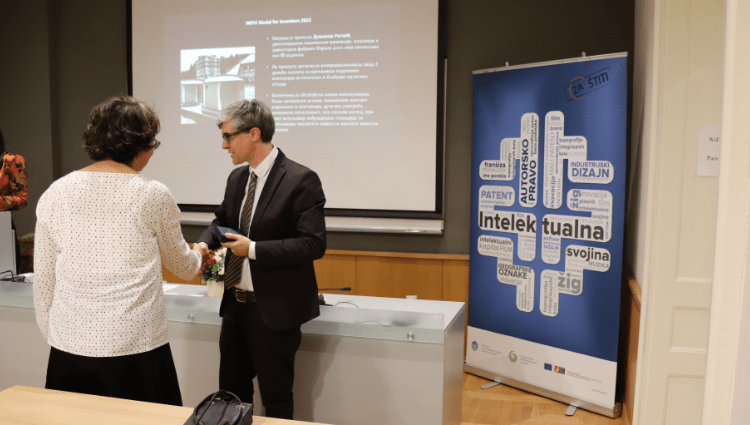 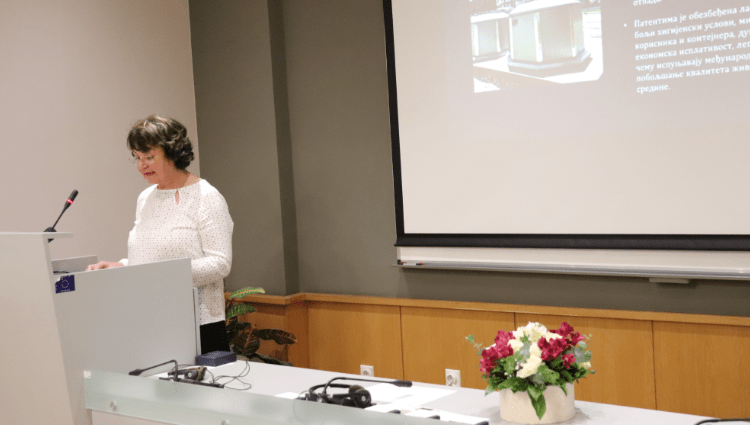 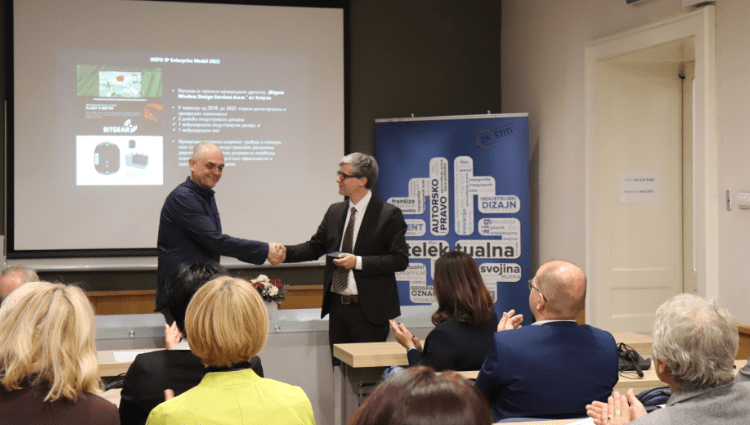 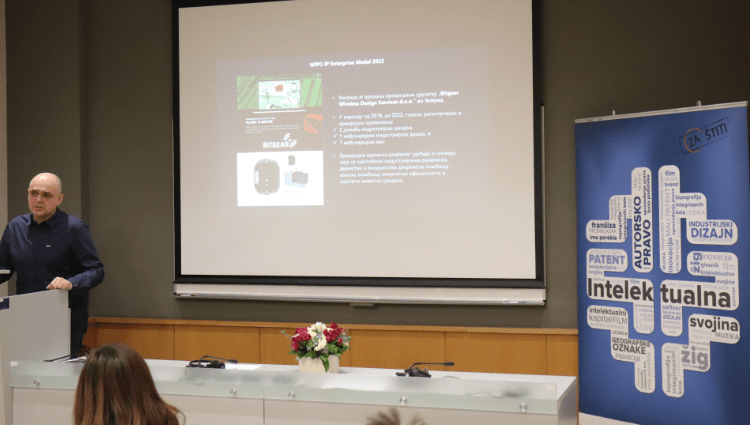 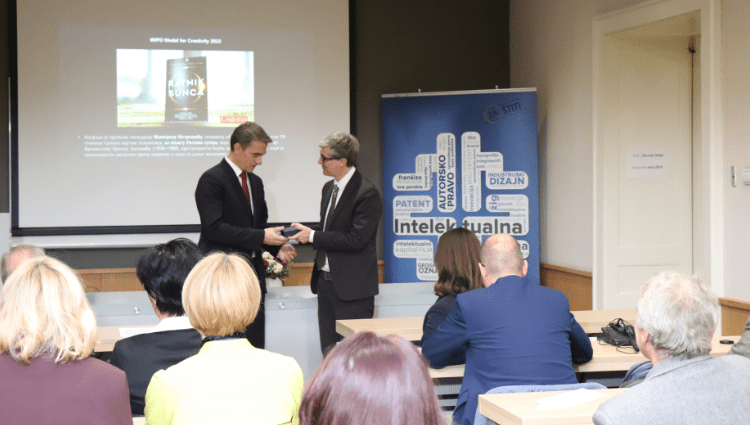 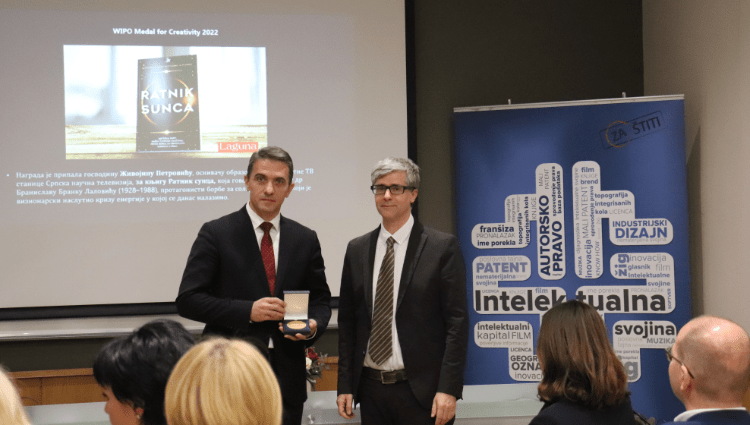 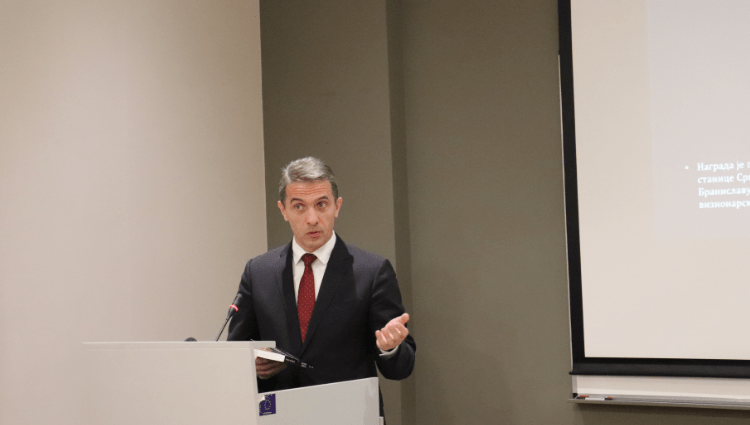 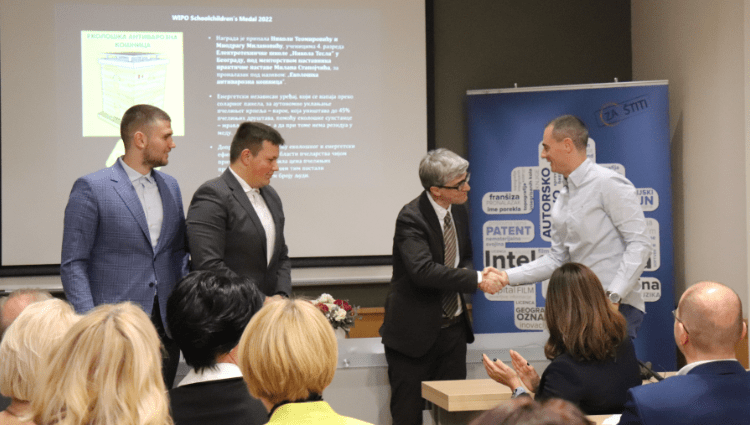 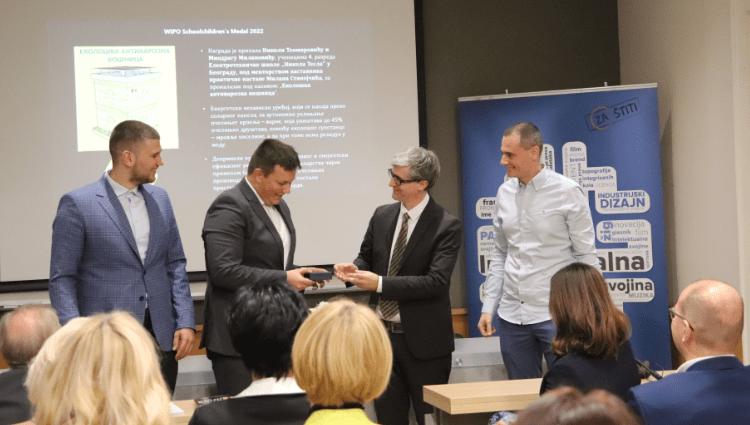 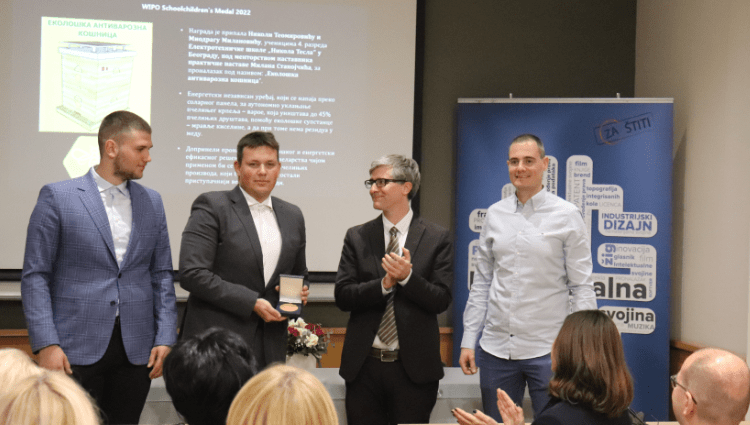 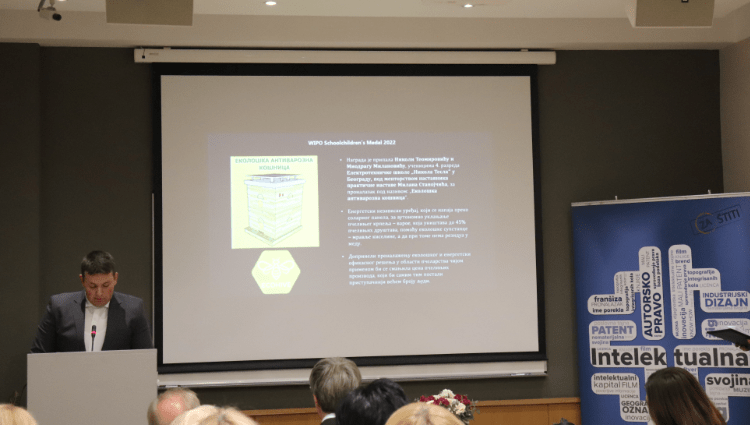